The attractive surrounding landscape, made up of tiered, slightly undulating plateaus and broad ridges, is markedly divided by the valleys of two important rivers. The deeply cut valley of the Moravice (with its largest tributaries being the Meleček and Melečský streams) and the valley of the Odra, with its riverine terraces. The Čermná, a tributary of the Odra, creates the axis of picturesque valley between Vítkov and Klokočůvek. Also close to Vítkov are other man-made water features, e.g. the fishponds Paveláky and Bělidla, the recreational reservoir Balaton, and – situated on the Moravice River – the Kružberk Reservoir, the largest of the local bodies of water, providing drinking water for the Opava and Ostrava regions. The reservoir and its adjacent summer chalet resort have had a major impact on the original natural character of the landscape. 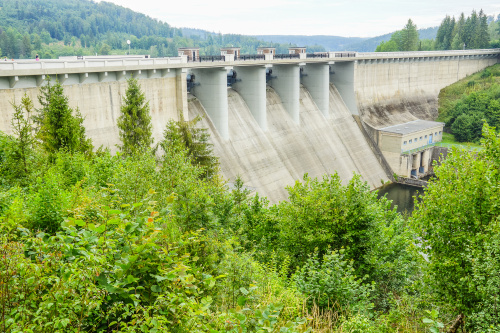 The geological backbone of the region is largely composed of greywacke and slate, with the occurrence of Grey Moravian slate being an obvious feature, present in the abundant signs of quarrying. Mighty heaps of quarried material can be found at Zálužné, Staré Oldřůvky, Lhotka, Čermná etc. Here and there we also find Tertiary basalt of volcanic origin, e.g. at the extrusion by Zlatá lípa and occurring on the not too distant hill Červená hora, behind Budišov nad Budišovkou. The soils of the Vítkov District are podzolic, stony and poorly fertile, suitable for potato cultivation. 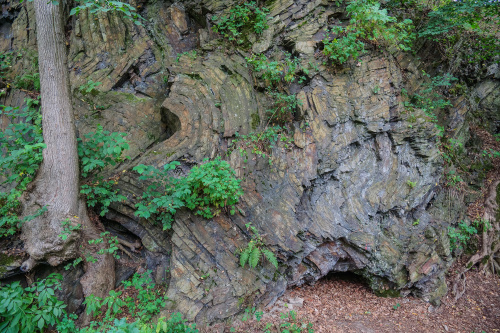 Climatically, the Vítkov District ranges between the mildly warm and mildly wet. Compared to the neighbouring Opava District, here the region is much more rugged, cooler and with longer snow cover.

At the same time, the area is extremely interesting from a flora and fauna perspective. The specific microclimate of the Moravice Valley has determined the presence of various interesting botanical features. Here we can find a blend of thermophilous species (e.g. white swallow-wort, Gallic rose etc.) moving up from Hradec and the Silesian Lowlands, with more mountainous species (e.g. Rosa pendulina, white hellebore, goatsbeard, whorled Solomon’s-seal etc.) descending from the foothills of the Hrubý Jeseník Mountains down to the valley floor. Other interesting and remarkable species are associated with the cover of spring snowflakes (Leucojum vernum), growing from the settlement at Annino Údolí to the Albrechtický Mill): clumps of blue-flowering liverwort (Hepatica nobilis), the occasional martagon lily, or perennial honesty (Lunaria rediviva) etc. 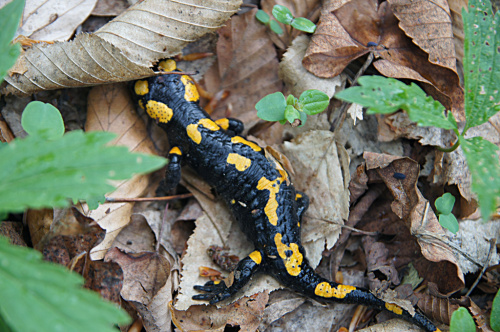 Except for the inhabited areas or the upland plateau used for agriculture, a considerable proportion of the land is thickly forested. The original primeval beechwood has long since been felled, replaced by a commercially exploited monoculture of spruce. Today, remnants of the climax beech forest ecosystem are preserved in enclaves of beech forest on the valley slopes (in lower positions with a mixture of oak, hornbeam and lime).

In addition to the usual species of Central European fauna, here we can also sometimes see rare and protected animal species, e.g. crayfish, the European tree frog, fire salamander, adder, alpine shrew, forest dormouse etc. Some of the more unusual birds you can spot include the black stork, lesser spotted eagle, raven, grey heron and the stock dove. Kestrels regularly nest at the elementary school in Opavská Street and in the church tower, while swifts commonly nest beneath the eaves of local buildings. In the mined out galleries of the former slate mines around Vítkov (e.g. at Black Mine [Černý důl] near Čermná) can be found important wintering sites for protected bats.

In light of its unique landscape features and with its rare fauna and flora – still not exhaustively researched – the area around Vítkov is a constant subject of interest for naturalists and natural historians. An especially important ecological axis of the area is the already mentioned valley of the Moravice, which was declared a nature park in 1992 and named after the river.