The town of Vítkov lies in the rolling terrain of the Vítkov Uplands, which forms part of the Nízký Jeseník Mountains. Average height above sea level is 480 metres, with the highest hill in the district being Horka (603 m), rising above the village of Klokočov (about 2 km from Vítkov). 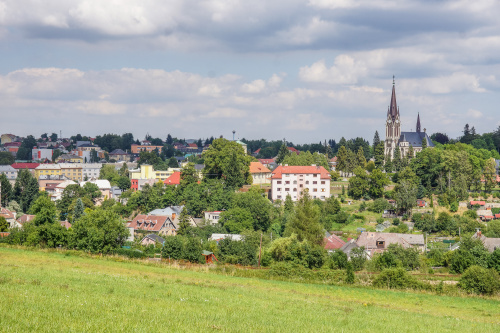 The attractive surrounding countryside is markedly divided by the steep valleys of two important rivers, the Moravice and the Odra. Through the landscape weave several marked footpaths. The whole area is a walker’s paradise and great for tourists. It has become a tourist hotspot, with services and accommodation capacity being improved as a result. Thanks to visitors, during the summer months the number of inhabitants in the district rises many times over. In light of its unique landscape features and with its rare fauna and flora – still not exhaustively researched – the area around Vítkov is a constant subject of interest for naturalists and natural historians. Also worth pointing out is the occurrence of grey Moravian slate, which was once mined in many places hereabouts, and indeed the industry, continues till this day.